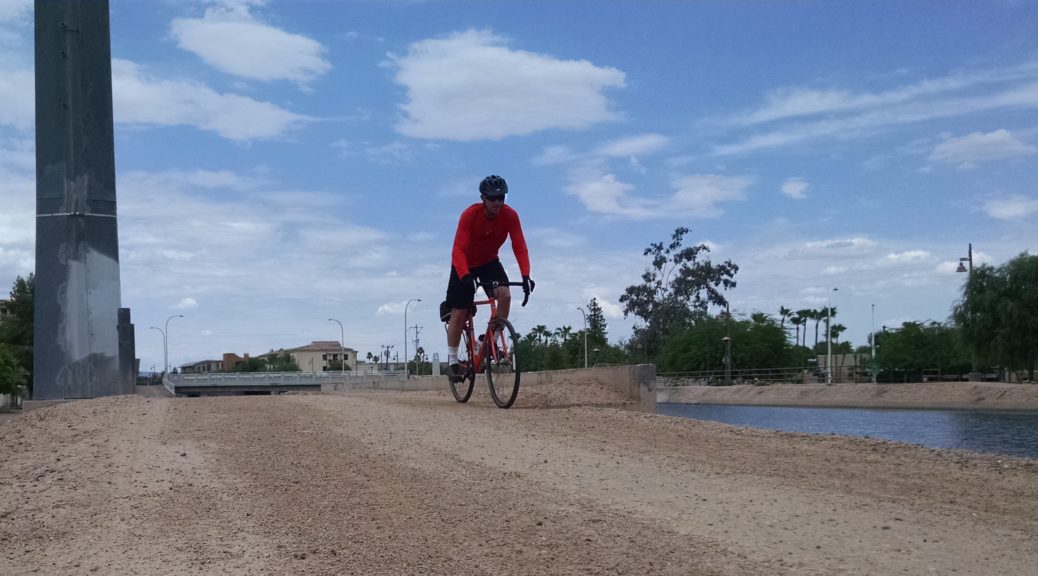 It’s the day after the 4th of July. I’m here in Scottsdale with Andrew Haines. We rode our bikes to breakfast yesterday and I’ve been inspired to write about something I’ve been meaning to for a while. Scottsdale has some great dedicated bike paths, especially along the canals.

I’m working on an idea–that might already exist–and I’m calling it “commuter cyclocross.” If it does already exist, great, but it is not widespread enough. It should be mainstream. It solves so many problems for so many normal people!

How many working professionals want to bicycle, but say, “I don’t have time,” or “The roads are too dangerous.” A lot of people use these 2 excuses to not ride the expensive bikes that are in their garages with tires that have slowly deflated since they last rode several months ago.

The opposite end of the spectrum is hard-core cyclists who claim to enjoy sitting for hours on a seat made of carbon fiber that’s barely larger than the end of the post it’s attached to. They ride 60+ miles at a time, often in a big circle, and often on two-lane highways ignoring the fact that there are cars and trucks whizzing by at 55+ miles per hour. Let’s not forget the weeny little tires that go flat from gravel or a little broken glass. Last, but not least, the spandex shorts. Really? Wind resistance is a big deal, I understand, I’ve experienced it, but aren’t you trying to get a work-out anyway? You are just alienating regular people who are now in their cars sending text messages, swearing at you, and almost hitting you. Put on some regular shorts and be an ambassador for the activity!

Neither of the above situations appeals to me. I consider myself a “cyclocross commuter.” Cyclocross commuting entails the full end of the spectrum from beginning to end of using your bike as a tool to travel from point A to point B. That is, after all, the purpose of a bike! Your goal as a cyclocross commuter is to replace your automobile as much as possible with your bike. The advantages are many. You simultaneously:

There are challenges, but that’s all part of the fun.

Alright, I’ve convinced Andrew to go riding in the July Arizona heat. I don’t want to disappoint! Our mission: grocery shopping, church, and get pictures for this post!

Expensive shorts, but worth it. Find them on sale somewhere:

Carry your stuff without wearing a back-pack: