I have always been interested in sailing but I consider myself a land lover. I thought sailing would remain a dream unfulfilled, but now with the world freaked out by a virus, the ocean is calling.

The historical context I notice is that Evan Sayet presents himself as a New York Jew who would by his upbringing typically identify as a liberal, but due to events that were recent at the time of the speech – in 2007 – he identifies politically as a conservative Republican. He uses an analogous story – starting ~9:00 – to place himself and his own political conversion within the historical context of the points he drives home.

We are all considering issues nationally instead of locally. We are getting most of our information from impersonal national sources like television and the most popular participants on social media. We are imagining that our problems and their solutions come from national change.

Liberals usually think up change and drag conservatives kicking and screaming to a better place with national change while the conservatives filter the change with prudence. Now, Liberals are thinking up how to destroy what’s been created while both sides are distracted from important local problems with nationally-created mass media and consumer culture. Neither side will give up the comfort the system provides even while the system itself crumbles.

What the Mainstream Media Says

The mainstream media blasts entertaining political provocation like this at full-volume 24/7.

The idea that modern Liberals have arrived at a point where they can’t find anything to change is not new. I believe it is accurate. I believe the content of the video is a mostly-accurate description of what has happened to modern Liberalism. However, there are just a few words I would alter. Instead of saying modern liberals “don’t think,” he should have said, “liberals focus exclusively on how to make change nationally through government and mass media. In their fanaticism for change, near perfection has required them to consistently mess everything up.”

Evan Sayet gives the solution at 24:10. “We have to take back universities, schools, media, the entertainment industry.” I agree. This is best done with participation in local government, local decision-making, and local entertainment. If we must educate our own children because the Liberal-influenced education administrators will not do it properly, how can we get it done? Fortunately our schools are funded locally, but we must participate in their governance. How can we entertain ourselves locally? Live minor league baseball, youth sports, adult sports leagues, golf, live local bands, symphonies, plays, and concerts are the answer. Unfortunately we face the challenge to eliminate what threatens these things with complacency: TV and air conditioning. We must turn off the TV, open the doors and windows, go outside and socialize.

At 43:22 Evan Sayet says modern Liberals question authority and attack the ability to distinguish right and wrong, but we have not replaced the authority and morality with anything. We need to replace this authority locally. A return to dressing decent in public would help. Once we turn off amoral TV, what do we do? We will only know once we do it. If a state were to refuse federal funding in order to maintain sovereignty, what would be the effect? How would we fund local projects and infrastructure? Are we prepared to really challenge the power of the federal government? How can we prepare? Are we educated voters on these issues?

I list five “bad” items on the Post-Industrial Time Blog that bring only comfort and complacency and should avoided to the max extent possible: TV, cars, air conditioning, sugar, pills. These five items are almost entirely new in our daily lives in the last century. They barely existed in 1900. Nationalism and the internet are equally as new as the “bad” five items, but they each have a good side. They bring more than just comfort and laziness. Nationalism keeps relative peace and the internet enables almost unlimited bi-directional communication. We must learn what these two things really mean in order to understand the solutions to the complete failure of national leadership. Nationalism is only effective if the large whole is made up of strong, healthy individual parts. We cannot outsource everything to the national specialization. Hollywood and Netflix cannot be our source of entertainment. The internet can enable local entertainment and I don’t mean friends on Facebook and YouTube. Blogging is a great way to experience the bi-directional internet. Blogging can be as simple as organizing your internet experience and sharing it with others in a positive way that you completely control. Pay attention to local events through the internet. The internet, unlike television and Netflix, is just as powerful locally as it is nationally. 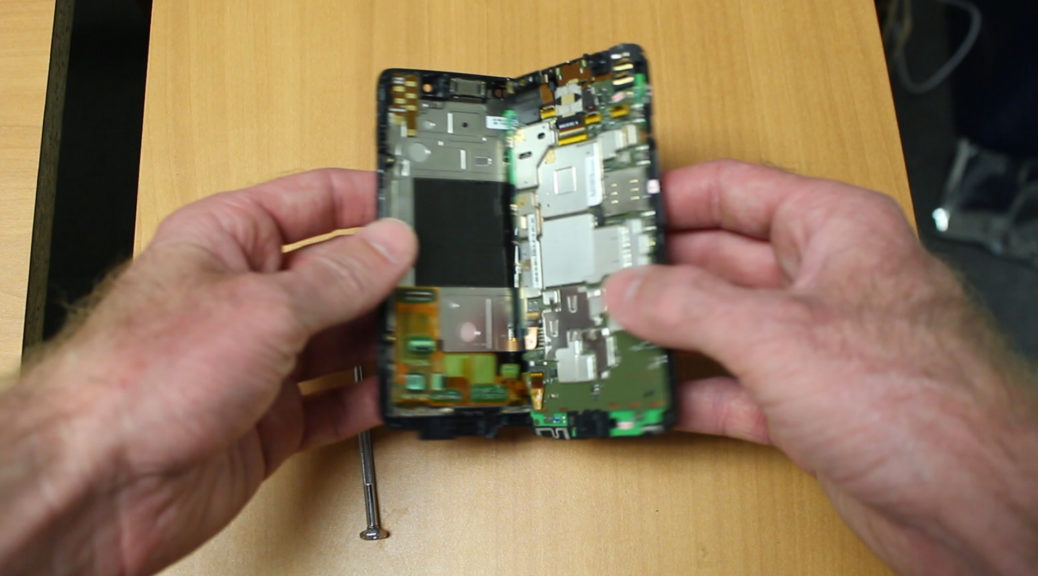 Information on the Tesla “Gigafactory”

I propose that we re-implement an old time format that makes much more sense. Many might consider it a “new” time format, but that’s because nobody today is old enough to remember how we did time before. You would have to be ~150 years young. Smart phones finally enable us to wake up from the madness. The time format goes like this:

-What time is it?
-“It is plus 47 minutes right now.” (which it actually was when and where I wrote this, because the sun rose 47 minutes ago here in Columbus, Ohio).

-What time is midday today?
-“Midday today is around plus 7 hours I think. Oh wait, let me think, I guess it’s at plus 7:08 today we just said what time sunset is duh.”

-What time does work start?
-“My boss is weird. He starts work late in the summer and super-early in the winter when it’s dark and cold. It constantly shifts day-to-day. Also, one day in the spring and again in the fall, it suddenly jolts all at once by a whole hour. So disorienting, but I’ve been hearing rumors that we are going to stop doing this soon.”

This clearly begs the question, do seconds, minutes and hours make sense? Or should we be using a fraction of the sun’s path in the sky? Yes, minutes and hours still make sense, and they have been around much longer than this system of time we have now. The 24 hour day is literally older than Jesus. Hipparchus standardized the length of an hour and called it “equinoctial time.” Hours and minutes are arbitrary units, but a sun-fraction unit would mean that the unit itself changes day-to-day. We probably don’t want that.

Then what do we call the old time system that we used for ~134 years, it looks like, since about 1884? I propose that we call it “IMC Time” after the International Meridian Conference that proposed it in 1884. Or, we could just call it “Industrial Time,” because it was implemented and used in the early years of the Industrial Revolution.

Of course, we can continue to refer to the 12-hour time format with AM and PM as “Ambiguous Time,” or “Confusing and Stupid Time.”

I was a US Marine from 2007 to 2015. I flew CH-53E helicopters in the Marine Corps and completed two tours to Afghanistan. I completed my service as a Captain. I graduated from Ohio State with an electrical engineering degree in 2006. I am a civilian now, and I am happy that I will be starting a business in Columbus, Ohio in your de-regulated America.

I am a life-time Republican and I still find myself cheering for Republicans like I cheer for Cleveland sports teams. I just do. It’s in my blood. I especially relished your victory because of the brash exposure of phony politicians, and insidious media bias. Unlike a cheering fan, however, I no longer align with Republicans on every issue.

I read your two-page 100-day action plan as well as The Art of the Deal. I agree with almost everything on the action plan and I am encouraged that it will be executed by the competent team that you are assembling.

The one item that sticks out like a sore thumb, however, is your energy policy. Putting Americans to work producing $50 trillion worth of domestic energy from reserves like shale, oil, natural gas, and “clean” coal would be like spending millions of dollars to refurbish the brick façade of the Commodore Hotel. It is uninspiring, unimaginitive, and small-thinking. This stated initiative is especially disappointing because of the contrast with what could be. A state-of-the-art energy infrastructure that favors renewable sources and efficiency is the modern-day equivalent of having the world’s tallest building, which as I’m sure you are painfully aware, we no longer possess.

We could build the world’s tallest building, but we don’t because it is not worth doing. Creating an energy infrastructure in America that wins in measures like efficiency, per-capita consumption, and reduced reliance on limited natural resources, especially foreign sources, is worth doing. Energy acquisition and production is not just an environmental issue. It is an important economic, national defense, and national security issue. We spend trillions, and commit forces around the world to secure trade routes to attain energy from countries with whom we would otherwise rather not deal at all. Energy is an issue that every country in the world faces, and it is not going away.

This would require challenging the very American voters who elected you as president. Some of the policies would be controversial and potentially unpopular. However, to your credit in my opinion, this has never stopped you. Leading the world with the truly best energy infrastructure would require cultural buy-in at the most basic level. Such a cultural shift would have to be led by an independent initiator with a grass-roots following and credibility on the issue. Politicians quoting scientists telling us that melting ice and arguably-measurable increases in storm intensity will never assign the imporance that it deserves. The various other reasons to undertake these projects are more directly visible and more important anyway.

This would require innovation. I hardly have to say that America is great and always has been because of our ability to innovate. We are up to it if anybody is up to it.

This would be difficult. We fought a civil war to save the union and end the evils of slavery—difficult, but the right thing to do. We were the deciding factor in both world wars—difficult, but the right thing to do. President Kennedy challenged America in 1961 to reach the moon by the end of the decade—difficult, but we got there first, and on time. Opening the floodgates to easy energy would be predictable, boring, and easy. All three of those things are un-Trump and un-American.

We need new energy infrastructure projects, but we shouldn’t be dusting off the old brick façades from 1970. Our infrastructure is already big. It should be innovative, efficient, shiny, and new. It should win in every category and by every measure. It can and should be built by competent American private businesses with leaders like yourself, incentivized by natural market forces. We can. It is worth doing, and it is the right thing to do.