S&P 500 Index, 5-star. The index is the news. It is a number set by market money. All the indexes are 5-star by default.

NathanRuffing.com Big News, only the absolute biggest stories of our lives

COVID-19 and Epidemiology in General

I consider this paper to be worth more than everything else written on COVID-19, combined. Literally.

Deadliest Enemy: Our War Against Killer Germs, 5-star book, written in 2017. A must-read. It reads like it was written before the COVID-19 outbreak.

CIDRAP podcast, 5-star. Michael Osterholm does his job and reports the science.

Deaths data table from the CDC. 5-star data table. US government statistics are usually consistent and honest. COVID-19 cases are difficult to count and classify. Deaths are more straightforward. The last 7 years average annual flu deaths for the US is ~41,000. Reference. The reason the CDC doesn’t compare average past flu and pneumonia death data to COVID-19 is because they don’t have reliable weekly past flu and pneumonia data, only estimates.

EUROMOMO is the EU equivalent.

The Fall and Rise of China, 5-star lecture series. Covers the Opium Wars through 2010. Absolute must-listen to understand China.

The following “Chinese” are not the same. We must know the difference!

The CCP’s Website: 5-star propaganda. Whatever it says is what the CCP is saying. It is in Chinese of course, but you can paste the link into Google Translate and see it in English.

Current news on China? I lack a good source! Anybody?? Shoot me an e-mail. I’m open to suggestions.

Keys to Black Wealth: here is a great black movement.

I will listen to black people on black people. Martin Luther King Jr. speeches are timeless. Malcolm X speeches are shocking but interesting and well-spoken. Muhammad Ali was controversial,  and he was a “draft dodger” but he appears to me to have been bravely speaking his mind, not a coward. I like Thomas Sowell and Larry Elder, you may not. Suggestions?

SpreadPrivacy.com: DuckDuckGo is dedicated to privacy and they have a privacy blog. No star rating yet, but I have been using the DuckDuckGo search engine for a long time.

The Electronic Frontier Foundation (EFF) blog: no rating yet. EFF produces Privacy Badger, a browser plugin – very easy to install – that blocks most tracking and shows you which sites are tracking.

Bovada sports gambling, unfortunately you can’t see the odds anymore without signing up, but if you can find the odds they are accurate. 5-star, is popular in the US and offers odds on political races. Better than the polls. Money is on the line, so their goal is to report the odds as they actually are.

MoFreedomFoundation: 4-star. Rob is the most politically-biased 4-star source on this page. Rob is a one-man polemicist show with consistent message and historical background. Though biased, he makes no bones about it. He is there to state his opinion. I watched almost all his videos from 2016 through 2019 and they remain relevant. Disagree with him? Go ahead, start a video series then! That’s what he did!

5-star: Near perfect source. Totally unbiased, well cited, self-regulating. I have never found misinformation. Gold standard of information. Often says, “we don’t know …” when they don’t know. Often very boring, require a long time to understand. Demonstrates conscious and consistent attempt to be objective. When there is opinion, clearly labeled as such. Science and statistics used responsibly. Usually reserved for individual stories rather than sources because one must always be wary.

4-star: Great source. No consistent bias, but some misinformation and bias rarely. If opinion, clearly stated as opinion and supported by cited 5 star sources. Consistent, independent, individual opinion makers often receive 4 stars even if biased if they identify as opinion and consistently reveal their sources.

2-star: clear bias with thin attempt to conceal. Information usually true, but heavily selected to fit a narrative. Often appear to be attempting to create newsworthy thought rather than objectively reporting news or stating opinion. Sources often receive 2 stars rather than 1 star, ironically, because so many people follow these sources that they become news. Often quote science and statistics in a weak superficial manner to support their narrative.

1-star: comical and entertaining. If reality is ridiculous, as it sometimes can be, 1 star sources will be the first to report. 90% of the information reads like historical fiction. Conspiracy theories abound.

These sources can be useful, but should combine to less than 10% of your information unless you just want entertainment, want a quick explanation of a current “thought” movement, are starting a search for a “4-star plus” source, or you are preparing for war for some reason.

NPR: 3-star. The most publicly-funded US news source. Their bias sometimes goes both ways, so difficult to pin them on one side. Government funded. Though unbiased, they just aren’t that good. Very connected to US universities. My personal peeve is that their necessity to interview the “downtrodden” turns into endless whining and complaining.

Joe Rogan, 3-star, is a great source of sources. Joe Rogan often interviews great sources and you can go directly to his interviewees as your source.

Search Thomas Jefferson quotes on newspapers and you will know exactly what I think about mainstream media. The most useful thing the mainstream media has done in my lifetime is help name this post.

Their stories are based in truth but they immediately spin them. They sprinkle in just enough truth and “science” to make you feel smart and informed. However, they pick only sources that drive their agenda and usually the most shocking and enraging sources possible. Watching just one side yields a very skewed world view. Watching both sides yields an extreme view that the two sides hate each other and one side is right or the answer is in the middle. None of these things are true. The “right answer” or “solution” appears neither in the battle between these “two sides” nor in the middle. No link here because of the crippling number of ads on their sites. As an American, their bias is pretty easy to pick out but as a foreigner you might just be confused by the chaos.

Twitter, link goes to your Twitter home. Twitter is news by default depending on who you follow. If enough people think it’s news, they’re right. Get it off your chest. Participate. … Update: I don’t know, even good sources turn to trash on Twitter.

DrudgeReport, 1-star, collection of the newest and most alarming stories by link from around the web. Unvetted. Everything that anybody is saying. Entertaining. 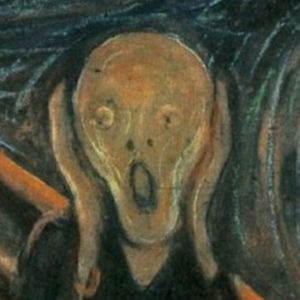