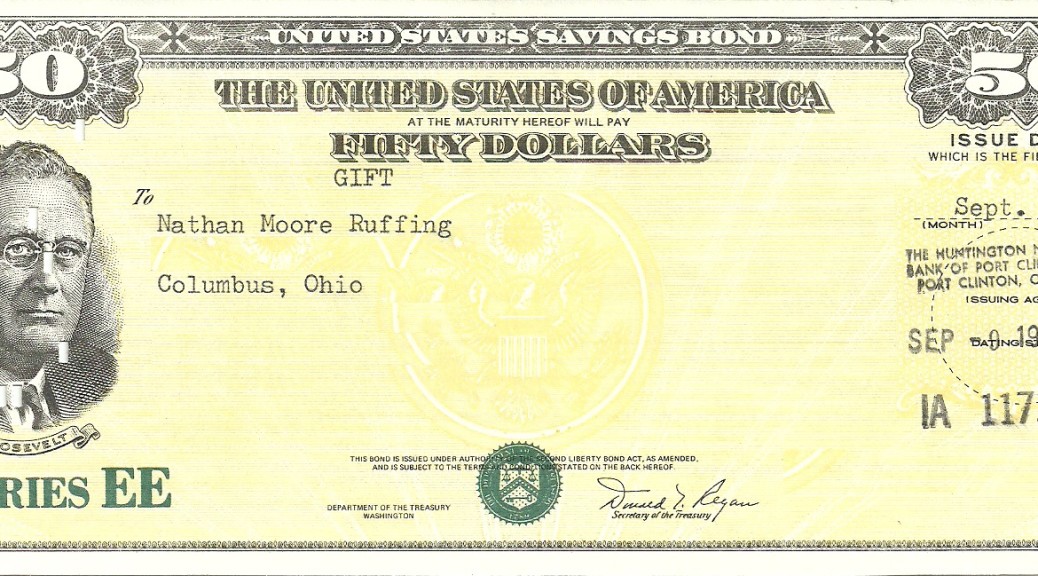 I wrote a post called Big Money almost 2 years ago in January 2014. This is a follow-up to that post to update the numbers.

$18.7 trillion = US government national debt as of today (www.treasurydirect.gov)

$3.53 trillion = currency exchange reserves held by the Chinese government as of Oct 2015 (www.tradingeconomics.com) This has been steadily decreasing since it peaked at $3.99 trillion in mid-2014.

$4.25 trillion = money supply inflation as of Nov 2015 by the practice of quantitative easing (www.federalreserve.gov with data interpretation help by Wikipedia) This amount has been relatively steady since Oct 2014.

All of the US government numbers come directly from balance sheets available on .gov sites. It was calming to find the numbers I’ve heard about in the news on a regular old balance sheet. I don’t think I will rush to cash in my savings bond.